Raubex has a strong, stable and independent board and an experienced executive committee. 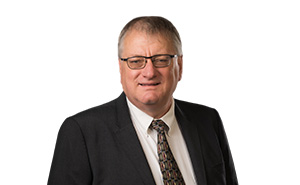 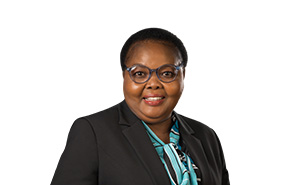 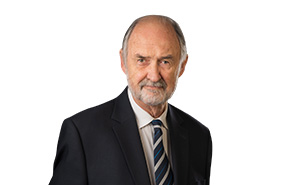 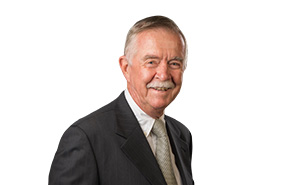 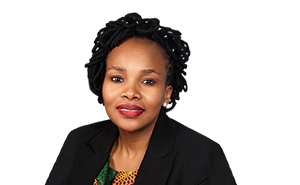 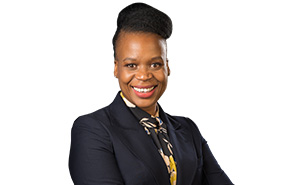 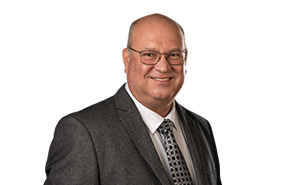 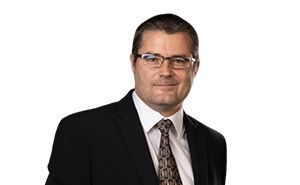 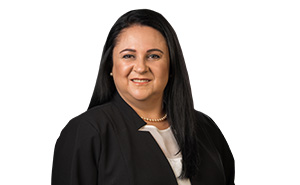 Freddie joined the Raubex group as non-executive director and shareholder in 2004 through the Raubex empowerment transaction concluded with Kenworth. Freddie is widely regarded as a versatile and talented businessman in Bloemfontein, with interests in low-cost housing developments, retail developments and construction. On 8 September 2017, Freddie succeeded Koos Raubenheimer as chairman of the board of Raubex.

Prior to joining Raubex, Rudolf was employed as regional manager for the Colas Group after completing his studies in 1989, which position he held until 1997. Rudolf joined Raubex in 1997 as managing director of the then newly formed Roadmac Surfacing. Under his management, Roadmac
Surfacing grew into the leading road surfacing company in South Africa. Rudolf has more than 20 years’ experience in road surfacing and the bitumen industry. He was appointed as the chief executive officer of the Raubex group effective 1 March 2010, which position he holds to date.

Felicia joined Raubex as an independent non-executive director in February 2011 and also held an executive director role from March 2017, where she served on Exco and was responsible for governance, risk and compliance of the group. She has extensive knowledge and experience in the field of governance, including internal audit, external audit and risk management. She previously served as group chief audit executive at Denel SOC, director of risk and assurance at City Power SOC, head of internal audit at the Independent Development Trust (IDT) and as a partner and director at SizweNtsalubaGobodo VSP. Felicia also held a directorship position within the Institute of Internal Auditors of South Africa (IIASA) where she served on the audit committee and public sector committee, in addition to various roles in both the public and private sector. Felicia was appointed as group CEO effective 1 August 2022.

Les joined Raubex as an independent non-executive director in 2007. Until 14 March 2013, he held the position of financial director of JCI Limited. Les joined the board of JCI Limited as an independent financial director to manage the finalisation of forensic and other financial investigations in progress, the implementation of decisions and settlements arising therefrom and the preparation and publication of consequent financial results and reports. Les, over a 20-year period, has held directorships with Fralex Limited, Fraser Alexander Limited and Joy Manufacturing Co (Pty) Ltd, where he held the position of financial director.

Bryan joined Raubex as an independent non-executive director in February 2011. He is an independent financial consultant and serves as a director on the boards of Anchor Yeast, Cadiz and Emira amongst others. Bryan was also a partner at PricewaterhouseCoopers Inc. for 13 years where he managed the national tax practice and gained considerable experience in the areas of property matters, financial structuring, leveraged buyouts, international taxation and listings.

Grace joined Raubex as company secretary and legal advisor effective 16 October 2017, succeeding Heike Ernst who resigned from the position in September 2017. Grace was admitted as an attorney in 1998 and as a notary and conveyancer in 2000 and has more than 10 years’ experience as a group company secretary and legal advisor in the JSE listed environment.

Izak van Niekerk replaced Tobie Wiese as divisional head of the materials division, effective 12 March 2018. Izak joined Raubex on 1 March 2017 from Bell Equipment where he held the position of regional general manager. Izak has a Bachelor of Science degree in Mechanical Engineering from the University of Cape Town, an Honours Bachelor of Commerce degree from Unisa and an MBA from the Wits Business School.

Jaco joined Raubex in 2013 and has been the Managing Director of Roadmac Surfacing since. Jaco is a registered Pr.CM with SACPCMP.

Dieter joined Roadmac Cape 20 years ago under the leadership of Charlie Buckland. On the retirement of Charlie in 2013, Dieter was promoted to MD of Roadmac Cape, a role he has fulfilled with excellence since. Dieter is a registered Pr.CM with SACPCMP.

Braam joined Raubex in 1994 and has been with Raubex for 28 years. In this time he fulfilled various senior management positions within and outside South Africa. Braam is a Professional registered Civil Engineer and holds an MBA.

Dirk joined Raubex in July 2012, where he was instrumental in the establishment of Raubex Infra (Pty) Ltd. Dirk was made divisional head of the Infrastructure division and served on Exco from May 2017. Prior to this, Dirk was co-founder of Meyker Construction in 1995, which was later acquired by Sanyati Construction. Dirk is a professional construction manager registered with SACPCMP with over 20 years’ experience in the construction industry, the majority of which was gained in supervisory, managerial and executive positions. Dirk was appointed as Group COO effective 1 August 2022.

Robert joined Raubex in January 2008 at one of the subsidiary companies, B&E International, as Financial Director before being appointed as the Financial Director of the materials division of Raubex. Robert studied at the University of the Witwatersrand where he obtained his Bcom Accounting and BAcc Accounting and Business management. Robert spent 19 years with Price Waterhouse Coopers (PWC) as a mergers and acquisitions specialist, with the last 10 years as Audit Partner. Since joining Raubex, Robert has become an Exco member in 2013 and an executive member of the Group Risk committee and is responsible for all mergers and acquisitions within the Group.

Sandile has extensive experience within the Raubex group in operational and senior roles as Contracts Manager and later as Operations Director with B&E. He also served as the CEO of Syiaka Specialised Services and was appointed as the Managing Director of Raumix Aggregates in June 2021. He has been with the group for over 17 years. He holds a Mining Engineering diploma obtained from Wits Technikon (now University of Johannesburg), a Mine Managers Certificate and a post graduate management development diploma obtained from the University of Pretoria.

Jaco joined Raubex as Financial Manager of one of the Group subsidiaries, Roadmac Surfacing, in January 2007. He was promoted to Group Financial Manager effective 26 July 2013. Jaco is a Chartered Accountant and holds a Bachelor of Commerce degree from the University of the Free State. After the completion of his articles, Jaco spent 4 years in financial management roles in the Imperial Group before joining Raubex.

Nosisa is a qualified Chartered Accountant (SA) and an experienced executive and business leader. She holds 16 years’ experience as a partner (head of forensic) and 8 years as a board member at KPMG, and has also completed Graduate of Leadership Programmes at the London and Stellenbosch Business Schools. Nosisa was appointed Non-executive Director effective 6 December 2022.